What You Need to Know About Contract-to-Hire Jobs 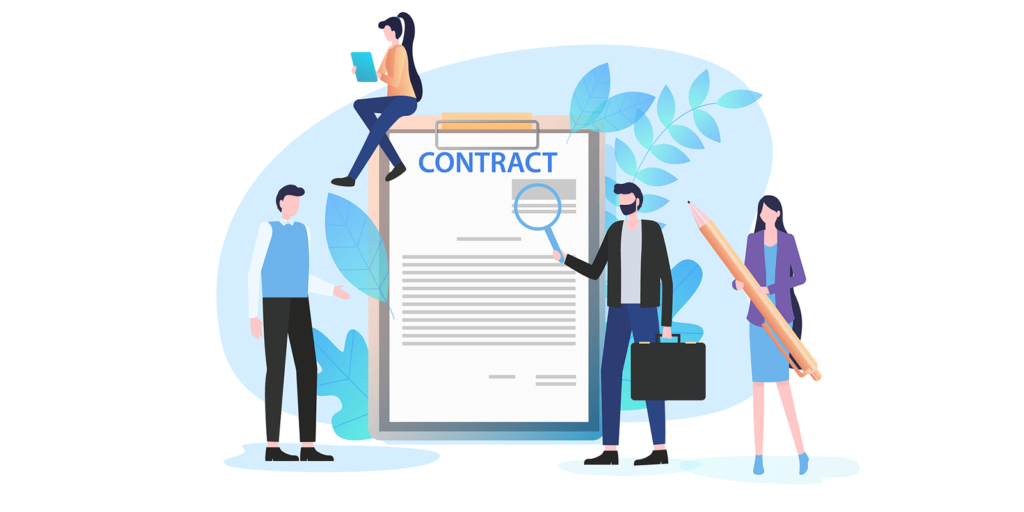 Contract-to-hire positions are unique roles that can have benefits for both employees and employers. Learn about the pros and cons of contract-to-hire jobs.
Save

Many job seekers focus their job search efforts on full-time, permanent roles. While there may be many additional “asks” job seekers want (flexible work, for example), contract-to-hire work is usually not part of a job search. Why? Contract-to-hire jobs tend to have an unfavorable reputation: lack of benefits, no guarantees, and short-term durations that seem like they won’t do much for your career.

What You Need to Know About Contract-to-Hire Jobs

Contract-to-hire jobs are unique in that they aren’t freelance gigs, and they aren’t regular, permanent roles. These jobs occupy their very own place on the hiring spectrum and have both benefits and drawbacks for job seekers.

What Is a Contract-to-Hire Job?

Also known as “temp to hire,” a contract-to-hire job is a short-term position with the opportunity to become a full-time, permanent job at the end of the contract. The position lasts anywhere from three months to a year, though some can go as long as three years.

But don’t confuse a contract-to-hire position with an independent contractor position.

A contract-to-hire role is a W-2 position, and in many respects, you have the same status as a full-time (or even part-time) employee. For example, your employer deducts the appropriate taxes from your paycheck and sends them to the government on your behalf.

As an independent contractor, though, you are responsible for making sure the proper taxes are paid to the government on time.

There are, of course, additional differences between employee and independent contractor roles to know about if you’re actively looking for these types of jobs.

Contract-to-Hire Roles on the Rise

Though job seekers might be scared off by the idea of a contract-to-hire job, these types of jobs aren’t going anywhere. In 2018, nearly 16.8 million workers were in contract-to-hire roles—that’s up from 15.5 million in 2017. Fortunately, these flexible roles can have benefits for both employers and employees.

Why Employers Use Contract-to-Hire Roles

While COVID-19 continues to upend everything, contract-to-hire work will likely play an important part in the economic recovery. While no one knows what the recovery will look like given that the current economic situation may last until at least 2021, many companies may not be able to hire full-time, permanent employees for quite some time.

Though businesses may not have the full financial ability to hire permanent staff, they might need to hire additional help at times to grow (or regrow) their company. Given that millions of Americans are currently out of work, employers will want to make sure they get the right hire in the right job, at the right time.

Think of a contract-to-hire job as an extended job interview (but with pay!). It can be hard to tell if a candidate is as capable as they claim to be during an interview.  Because making the wrong hiring decision can be costly, employers want to make sure they know what they’re getting in an employee.

This goes beyond making sure someone can do the job and do it well. Contract-to-hire positions allow employers to make sure someone is the right culture fit before committing to a full-time hire.

Contract-to-Hire Jobs Can Be Budget-Dependent

Budget can be another factor in hiring contract-to-hire workers. Employers want to ensure that the allocated financials for projects are secured before bringing someone on full-time and providing salary plus benefits. Contract-to-hire workers can give companies the time that they need to budget for a new employee in a few weeks or months while still maintaining productivity.

Pros and Benefits of Contract-to-Hire Jobs

You Can Take a Test Drive

The vast majority of job seekers don’t want to be stuck in a job or culture where they’re not a fit. That’s where a contract-to-hire job can be a blessing. This short-term role provides an employee with a way to test-drive a job (and a company, too) without worrying about being stuck in a position that they don’t like or want.

Contract-to-Hire Jobs Are in Almost Every Industry

Contract-to-hire roles are prevalent within many industries in today’s workplace, such as:

Contract-to-Hire Jobs Can Have Benefits

Many job seekers overlook contract-to-hire opportunities because they are searching for a permanent, full-time position with health and retirement benefits. But for many individuals working with a staffing firm or recruiting agency, contractors receive benefits through the agency if working as a W-2 employee.

If you don’t end up with a permanent role at the end of the contract, it’s far easier to explain any unemployment. You can also point out that you were professionally active and keeping your skills up to date with short-term employment.

Contract-to-hire jobs also help individuals expand their professional network. Every person you work with during your contract is one more connection in your network. And while those connections may not help you land a job at that company, they may have other connections outside the company that could help you land a permanent job somewhere else.

Plus, if you make a good impression on your employer (but they’re unable to offer you a full-time role), you can always ask for a reference, recommendation, or referral for another job.

Get it in Writing

Any time you enter into a contract-to-hire role with anyone, you should always have a written contract. (The same is true for independent contractor positions, too).

Without a written agreement, there is no “proof” that anything you were told was actually promised. For example, if you start your work-for-hire contract under one manager who assures you that you’ll be hired for a permanent role at the end of the contract, if that manager leaves for any reason, you have no proof that you were guaranteed the role.

Make sure you review the document thoroughly and see if it includes some of the following:

Know How to Get Hired

It’s also important to understand exactly how you are evaluated as a contract-to-hire employee. Of course, there should be a job description, but make sure you understand the specific metrics associated with your performance in the position.

This can be a crucial, but often overlooked, element of a contract-to-hire agreement. If you don’t understand what an employer is looking for in a potential permanent hire, you may perform the wrong tasks or meet the wrong goals and never get hired.

Know How to Leave

Another often overlooked aspect of contract-to-hire work is leaving the role early. Not every job or company is a good match, and you may think it’s a waste of time to stick around somewhere you’re unhappy (no matter what your employment status is!).

And, of course, what happens if you’re offered a full-time, permanent role at another company? Can you leave your contract early? Are there any penalties? Make sure you know exactly how you can gracefully exit the role if your circumstances change.

Though there are some drawbacks to contract-to-hire roles, there are many benefits for job seekers. The ability to test out a company and a job while getting paid can far outweigh the short-term and temporary nature of the role.

Check out our job listings and start your search for a contract-to-hire role. Members get full access every day. Not a member? Join today! Right now, we’ve dropped our prices on new memberships as low as 50% off. Enter the code JOBS at checkout.

Learn How FlexJobs Can Connect You to Contract-to-Hire Jobs >>>