Revealed: The best city to go to university in 2020 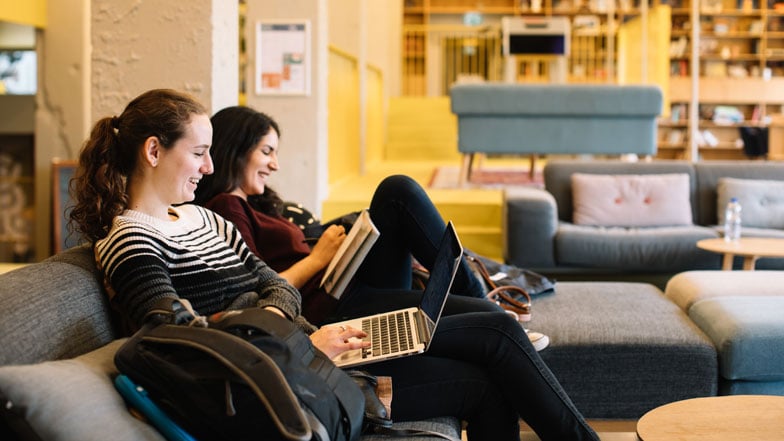 Manchester has been named the most cost-effective city to attend university in the UK, as part of the NatWest Student Living Index 2020.

However, only 2% of students choose where to attend based on affordability – with the majority (48%) calling subject choice their number one concern.

COVID-19 has also affected students’ confidence in their institutions – with 71% suggesting they’ve felt unsupported by their university during the pandemic.

If you’re attending university in Manchester, you’re in luck – with the city being declared as the most cost effective place for higher education in the whole of the UK, overtaking last year’s winner, Cardiff.

Not only are students at Manchester-based universities likely to spend less than their southern counterparts on accommodation, they seem to get more from their student loan payments every month too (£566 p/m vs. an average of £487).

They also receive a greater amount in terms of bursary/scholarship money than most students across the UK, with payments £25 above the monthly average.

Manchester may be the most affordable city when it comes to living and accommodation costs but students in Cambridge came out on top for total term time income (i.e. all sources of income, such as loans, grants, work, parents, etc.)

Based on all sources of income, students in Cambridgeshire stand to make £1,447 per month. Manchester, Oxford, Durham and Edinburgh rounded out the top five.

But things aren’t quite so positive when moving further south, with term time income in Southampton coming in at just £820 per month, and Plymouth also finding themselves in the bottom three for term-time income (£911).

When it comes to earning money whilst at uni, students in Northern Ireland stand out. Those in Belfast spend around 22 hours every month concentrating on their part-time jobs, coming just ahead of London (19 hours) and Scottish cities Ediburgh/Glasgow (both 18 hours).

The Bank vs The Bank of Mum and Dad

Perhaps unsurprisingly, loans provide the highest monthly monetary contribution across the board – making up almost 50% of student savings.

Other forms of income included money from parents or family, part-time work, personal savings, and bursaries/scholarships.

According to the research, Oxford students receive the most from their parents every month, followed by those who attend university in Edinburgh, Cambridge and Exeter.

Those based in Swansea get the least from their families, only receiving around £101 per month (well below the UK average of £192).

Food shopping, toiletries and household items were the clear priorities – with the average student spending £81.60 every month on the necessities, down just £2 from last year.

However, it does seem like spending varies across the country. Students in London easily spend the most on a night out, spending well over £50 per month. That’s more than double the amount they spend in Plymouth.

The impact of COVID-19 on students

As you might expect, the global pandemic is playing on the minds of many students.

Just one in four felt supported by their university during the COVID-19 crisis – with only one in three calling the level of communication they received effective.

On a positive note, many institutions are making mental health a priority. 71% of students were offered some form of support for their mental health during COVID-19. However, a quarter received no support at all.

And with one in four admitting they felt as though the pandemic has negatively affected their ability to achieve their qualification, it seems universities still have some work to do when it comes to reassuring their students.

Finally, although affordability is undoubtedly important, it has almost no impact on the decision of where to study.

Almost half (48%) of the students surveyed based their choice on what subjects were on offer, with university reputation (22%), close proximity to their home (13%), and social life (5%) all coming above cost of living (3%).

Still, with 31% admitting they don’t budget at all whilst at uni, it’s not surprising that affordability isn’t the only deciding factor for picking the perfect place to study.

The NatWest Student Living Index is made up of answers from 2,806 students across 35 popular university cities. Affordability is calculated by taking monthly living and accommodation costs, and dividing them by the average monthly income for that city. For the full results, visit NatWest Life Moments.