No Response After an Interview? Here’s Why 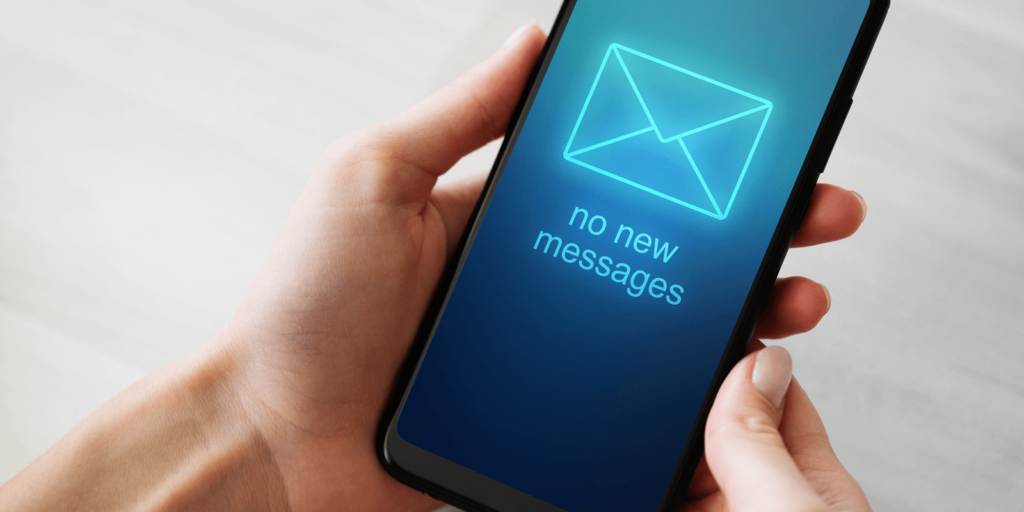 A staggering 75% of job seekers don’t hear back from employers. Here are some reasons why employers don’t respond after job interviews.
Save

You had a great interview for a job you really want. Your answers were spot-on, you connected with the interviewer, and your test went well, but you haven’t heard back from your future boss-to-be. As frustrating as it might be, not getting a response after an interview happens quite often.

There are many valid reasons why an employer doesn’t get back to you after a job interview. And though most of the reasons why you don’t receive a response after an interview have to do with the employer, you might be surprised to learn that there are a few things you might do that make an employer less likely to follow-up with you post-interview.

No Response After Your Interview? Things to Consider

It’s difficult to be on the receiving end of employer ghosting, but sometimes there are some valid reasons why you haven’t heard back.

Let’s get the obvious out of the way first. Right now, the pandemic is a very reasonable explanation for why an employer may be taking so long to respond to you post-interview.

That’s a lot of resumes to sort through (even if they are using an applicant tracking system).

On that same thought, a potential employer might be trying to not only fill the position you applied for but several others as well–simultaneously. So it makes sense, then, that they might be too busy to get back to candidates. And while it might not seem like a real reason, being swamped with reviewing job applications, scheduling interviews, and screening candidates can often be the real reason why you get no response after an interview.

Not to belabor the “pandemic point,” but things can change rapidly right now. There’s the possibility that the company experienced some major changes and no longer has the budget to hire you. Or, they decided to fill the position with an internal candidate. It’s also possible that the company has frozen hiring or is going through restructuring.

Another thing to keep in mind is that maybe the position doesn’t have to be filled immediately, or some aspect of the job has changed, and management is working out the new specifics of the role. In any case, the employer has extra time to go through the hiring process and might get back to you eventually.

In today’s litigious world, it seems like almost any excuse can be grounds for a lawsuit—and companies know that all too well. So instead of calling to let you know why you specifically weren’t hired (e.g., you didn’t have the required skill set, you didn’t get a good reference from a previous employer, etc.), hiring managers may adopt a “silence is golden” rule when dealing with those not hired.

You applied for a job almost immediately after you spotted it online. The thing is, maybe 100 other eager job candidates did, too. One of the big reasons why you get no reply after an interview could be because they’re slowly weeding through the stacks of job applications and following up with other applicants they’re interested in interviewing.

If by some chance, a hiring manager did offer a reason why you weren’t hired, they might fear that you’ll contact them again with follow-up questions. To avoid having that line of communication—and potentially getting into legal trouble—they might keep the door closed to prevent future questions.

Accidents can (and do) happen during the hiring process. Applications are deleted, and job candidates are forgotten. That’s why it’s so important to always follow up on job applications (especially the ones that you’re really interested in).

Not only does it show your continued interest in the job, but it also allows you to correct any potential blunders you may have committed during the job interview. But most importantly, if a hiring manager did manage to misplace your application, it puts you front and center in their mind again.

Sometimes, an employer doesn’t get back to a job candidate and there just isn’t a reason. It wasn’t like you bombed the interview—but you didn’t exactly ace it, either. You were nice enough, but you might not have been a standout candidate. Your answers were good, but not enough to seal the deal. And for an employer to try to articulate that you did nothing wrong (but still didn’t get the job) can be confusing and upsetting to a candidate. It also opens up the door to potential issues that the employer may have to address.

Sure, job candidates should be judged based solely on their qualifications and prior job experience. But that doesn’t always happen. If personalities don’t mesh well during a job interview (or worse, they clash), it can negatively impact your chances of getting hired and likely isn’t a good fit for anybody.

Not Hearing Back After Interviews? Give Yourself A Review

Most people would agree that they would rather get a friendly “Thanks, but no thanks” email or phone call than the alternative of being ignored. If you’ve received no response after a job interview (and you didn’t hear back even after you followed up on your job application), it’s safe to assume that you didn’t get the position and should keep interviewing with other companies.

However, before you head into your next interview, review your performance, and make sure you didn’t make any missteps. Below are some things to consider.

Did the employer ask you for references, and you didn’t follow up appropriately? Were you assigned a test project that missed the deadline or had gaps in it?

Sometimes interviewees miss important instructions, and that’s a sure-fire way to not get a call back from an employer. If you can’t follow the instructions during an interview, why would the employer take a chance on you as a new hire? Make sure you’re reading over every email and that you’re taking notes when you talk to anyone at the company. If you’re unsure of something, follow-up and ask for clarity to make sure you get it right.

You’re Not a Good Fit

You may think you’re perfect for the role, that you love the company and its mission, and this is your dream job. But perhaps the rapport with some of the team members was a bit “off” during your interviews, or there were potential clashes in personalities that the employer could see ahead of time.

You may never know if that’s the reason, but it’s better to miss out now then get hired and end up not liking your job.

You’re Out of Range

If the salary question came up mid-interview, it’s possible that the range you gave (and you should always state a range) was out of reach for the employer. To help avoid this in future interviews, do your salary homework before the interview, so if the question does come up, you’ve got an answer that’s based on research. Just remember that for some employers, your reasonable range may still be too much.

Not Hearing Back? We Can Help!

If you’re not getting a response after an interview and you’ve followed up and done everything that you can as an interested job candidate, don’t take it too personally. While it’s painful to sit and wonder why you never heard back, just remember—the job that’s truly meant for you could be just around the corner.

Wish you could talk through your job search and career questions with someone? FlexJobs offers one-on-one career coaching sessions where our experts review your experience, provide actionable feedback, and answer questions.