How to Respond to Negative Work Emails 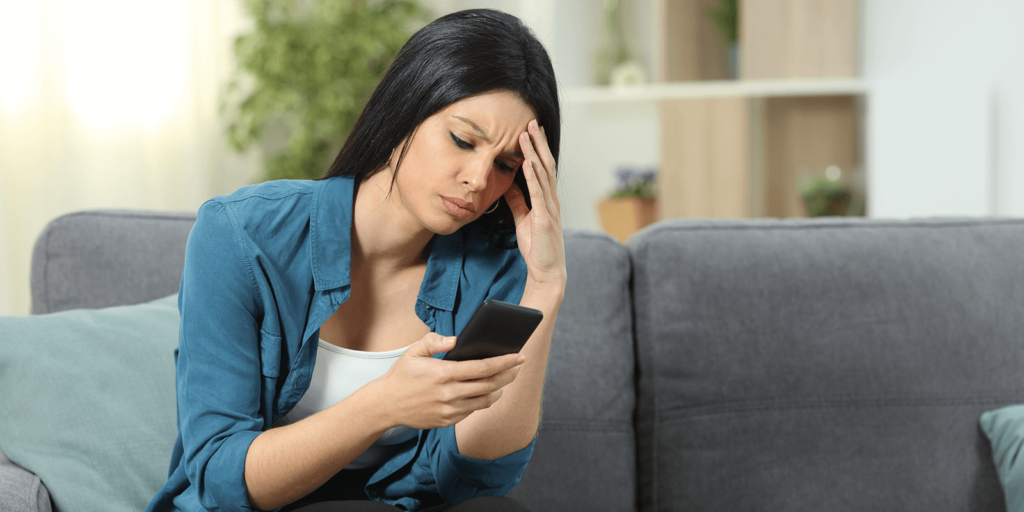 Email is a complicated form of communication. Part formal letter, part casual correspondence, not everyone pays enough attention to what they’re saying and how they’re saying it in an email. Thanks to technology, it’s easier than ever to fire off a few quick emails no matter where you are.

Unfortunately, though, that “quick email” mindset can create problems, especially when you’re on the receiving end of negative work emails. While the sender may not have meant to come across as rude or negative, sometimes the tone of the email is hostile, critical, or angry.

Whether it’s bad emails from your boss, an angry email from a client, or a coworker expressing frustration toward you, negative emails are never easy to read. Apart from being upset by the email, you’ll also want to fix the situation ASAP. Here’s how to handle negative work emails professionally.

Before you fire back a response, take a step back to cool off and gain some perspective.

Resist the Urge to Respond

Your first reaction upon reading an angry email might be to respond right away. But firing back an equally emotional email can land you in a lot of hot water, not to mention possibly ruin well-established and important relationships. So, stop yourself from answering the email right away, no matter how much you want to dash off a response.

Step Away From the Keyboard

Instead, gain some perspective and give yourself time to cool off. Stand up and move away from your desk (or put your phone down and leave it). Take a walk, get a glass of water, or chat with another colleague or friend for some perspective. This will give you time to decompress and calm down before sitting down again at your desk—and facing the email.

If you find that venting to a trusted colleague or friend, taking a walk, or grabbing some coffee don’t help, consider sleeping on it. Unless it’s an urgent matter that must be handled immediately, sometimes “forgetting” about the angry email and getting a good night’s rest can help change your perspective, preventing you from firing off an equally negative (and unhelpful) email.

Once you’re in a better, calmer frame of mind, sit down and reread the email. After all, it may not be as bad as you think it is. It’s possible you read through it hastily and misinterpreted the meaning of the email. Consider taking notes as you reread it, writing down the underlying issues being expressed by the sender. This will help you address all of their concerns appropriately in your response.

It’s tempting to hit “delete” after receiving a negative work email. Though that may be the right choice in some of your personal relationships, it’s not the right choice for your professional relationships. For starters, it may look like you’re avoiding dealing with the situation, which is never a good look at work. At worst, though, not responding to negative work emails could make you seem passive-aggressive.

Conflict in the workplace is never fun, but it can’t be ignored forever, either. While taking a day—two at most—is acceptable, unless you’re out of the office for an extended period or dealing with a personal emergency, don’t “forget” to respond. You’ll only increase tensions with the sender and make the situation worse.

How to Respond to a Rude Work Email

Once you’ve cooled down and gained some perspective, how do you respond to an angry work email? In a word: carefully. Follow these tips for writing a positive work email that can help resolve the conflict.

As you compose your response, answer any questions the sender has asked and clarify any miscommunications. Don’t shy away from asking questions of the sender if you don’t understand something. Ask for an explanation so you can better understand their perspective and hopefully resolve the conflict.

Consider Their Side of It

Are the sender’s gripes accurate and factual—maybe even justified? Did you fail to follow through, or is this something that’s entirely out of your control? Consider not only what the sender is saying, but why they are saying it. While the tone may be rude and the anger over the top, the sender may have a valid reason for being upset. Try approaching the situation from their side, and you may gain a whole new perspective.

No matter what happens, it’s best not to get angry or defensive in your response. It may be that the sender is completely unjustified in their reaction or that the situation is not your fault. However, responding abrasively will do nothing to subside the tensions. Stay calm and cool, and keep your response as neutral and objective as possible.

It’s not always easy to do, so when in doubt, ask someone to read it over before you hit send. They may pick up on some aggressive or threatening tones that you aren’t aware of.

Pick up the Phone

Sometimes it’s better to ditch the email response and pick up the phone instead, even if it’s not your first choice (it is, after all, easier to take your time and compose your thoughts when writing instead of speaking). But picking up the phone can cut through some of the pitfalls of written communication.

It’s far easier to have a sympathetic and understanding tone in your voice than on the screen. And, you can hear the sender’s (now speaker’s) tone and gain, hopefully, a fuller understanding of where they are coming from. It’s entirely possible you misinterpreted what the sender was saying because, well, not everyone writes like Shakespeare!

It can be easy sometimes to misinterpret the intent of an email, so it’s best to clear the air and stay professional. That way, you can establish open lines of communication or reestablish good and clear communication. Taking some time to cool off and reread the email can often help you see the message in a whole new light.

For more career tips and advice, sign up for our newsletter. You’ll get the best of the blog, fresh job postings, and so much more!

Keep Me in the Loop With the FlexJobs Newsletter >>>