9 Famous Career Changers and How They Did It 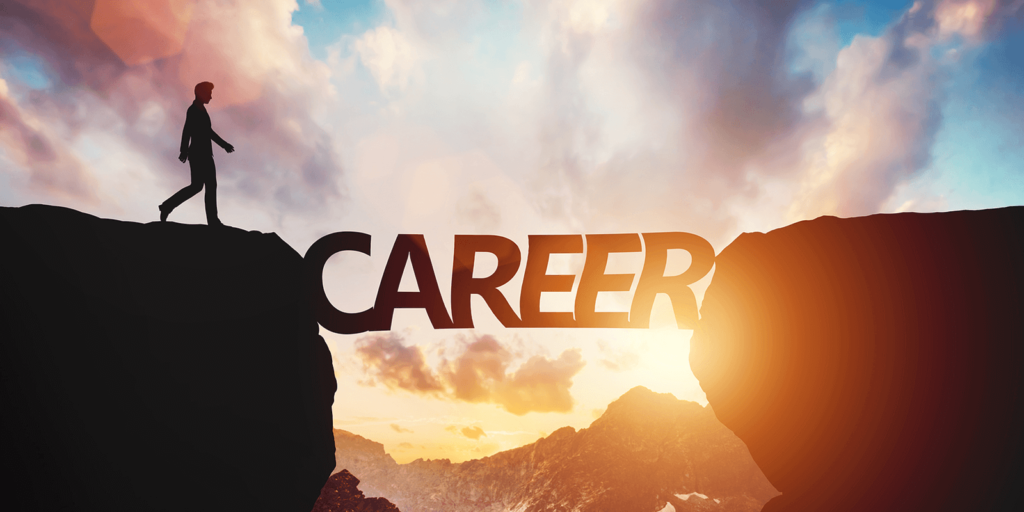 Some people seem so suited to a certain job that it’s hard to imagine them ever doing anything else. As the following cases of famous career changes illustrate, however, the route to finding one’s career passion isn’t always as direct as you’d think.

These now-famous folks didn’t have their career paths figured out from the get-go, and needed to soul search, experiment, and be open to new possibilities to get to their current positions—just like everyone else.

As you consider your own career change, take inspiration from these career change stories that show how sometimes the best career path is, in fact, a winding (and often bumpy!) road.

Career Changes Made Them Famous

Viewers of the hit TLC reality series Cake Boss know Mauro Castano as an awesome baker. Before his days creating cakes, however, Castano was part of the construction crew hired to build the bakery itself.

In the book Cake Boss: Stories and Recipes from Mia Famiglia, Buddy Valastro notes that Castano was a construction framer working on the expansion of Carlo’s Bakery when they first met. Castano eventually took a liking to Buddy’s sister Madeline and started helping the Valastro family with deliveries on the weekend. Impatient about waiting for items, Castano would bug Buddy to hurry up and finish the cakes. Buddy, tired of being rushed, finally snapped that if Mauro wanted them so badly, he should help get them done—and he did! Little did either of them know that Castano would soon go from merely layering on cream to displaying a natural talent for cake decorating that would make him a permanent fixture at the Hoboken establishment.

IBM doesn’t immediately come to mind as the place for a laid-back, joke-telling guy to work, but that is where comedian Jeff Foxworthy spent his first years out of college. After majoring in computer technology at Georgia Tech, Foxworthy followed in his father’s footsteps and got a job at the well-known company. He discovered, though, that he enjoyed telling jokes to his coworkers more than he liked working on computers, and he eventually quit.

A “class clown” since childhood with a fondness for the recordings of Bob Newhart and Bill Cosby, Foxworthy decided to try his hand at doing comedy for a living. His brand of humor made him a popular opening act for country music superstars before drawing huge audiences on his own. He also found success as an author, sitcom actor, and game show host.

Promoting one’s transferable skills is a way to get a foot in the door when switching to a new industry. For Milton Lee, his in-demand talents led him from Wall Street to the NBA.

Lee worked as a proprietary trader for ING Barings and SAC Capital before getting hired as a strategist for the New Jersey (now Brooklyn) Nets in 2010. The basketball team wanted someone who could evaluate player stats and past performance to help determine the best combinations of team members to put on the court in various situations. Lee convinced the organization that his superior mathematical and analytical skills fit the bill.

The following year, the 5’9” former collegiate junior varsity player was named general manager of minor league operations, perhaps setting himself up for what he told the Wall Street Journal is his ultimate career goal—being the general manager of an NBA team.

In the late 1980s, now-bestselling author John Grisham was a busy lawyer working 60-70 hours a week with young kids at home. He dreamed of writing his first novel but struggled to find the time, so he committed to waking up at 5:00 a.m. before work to write at least one page every day.

After three years, Grisham had completed his first novel, A Time to Kill. Although the book was initially rejected by several publishers, Wynwood Press bought the manuscript and printed a modest 5,000 copies. He immediately began work on his second novel, The Firm, which was the breakout success he needed to quit his day job and write full-time. Grisham has since written more than 30 international bestsellers!

After a successful and all-consuming professional figure skating career in her teens, Vera Wang was hired at Vogue straight out of college and spent 17 years working her way up the editorial ladder. Knowing she didn’t have a chance to become editor-in-chief, Wang made the difficult decision to part ways and became an accessories design director at Ralph Lauren.

A couple of years later, engaged and frustrated with the slim selections of bridal wear, Wang designed her own wedding dress, which sparked the opening of her first bridal boutique the following year at age 40. The rest is history, and Wang has since built a fashion empire.

Actor Ken Jeong grew up wanting to be a doctor and realized his childhood dreams by attending medical school at the University of North Carolina at Chapel Hill. During college, he also discovered a passion for acting and performing, and spent years doing stand-up sets during his busy medical school and residency years.

After his residency, Jeong moved to Los Angeles to practice medicine, and continued to perform and audition on the side, landing small roles that eventually led to movie roles and his own sitcom that enabled him to quit full-time medicine (although he still keeps his license active).

Filmmaker Ava DuVernay started her career in journalism and then transitioned to public relations after college. After starting her own public relations company in 1999, DuVernay often worked on movie and television show campaigns, which sparked her interest in directing. She wrote her first script in 2003 and had made her first short film by 2006, all while also keeping her day job in PR.

Today, DuVernay is a well-known name in the industry, and her films have received critical acclaim and multiple Emmy, Golden Globe, and Oscar nominations.

Everyday guy Jonah Peretti had been teaching computer science in New Orleans and was working on his master’s degree at MIT when inspiration struck. It was 2001, and Peretti was surfing the internet, trying to see which words Nike would allow him to put on customizable shoes. After a back and forth (contentious) email chain with the sports giant, Peretti decided to forward Nike’s response to a few friends—which eventually made it to millions of people.

The success of the forwarded email (in a time when the term “going viral” didn’t yet exist) led him to meetings with Ken Lerer and Arianna Huffington and co-founding of The Huffington Post. Shortly after, Peretti started BuzzFeed as a side project to learn more about media, a “side project” that is now worth more than $1.5 billion!

In her 20s, after climbing the government ranks, Ina Garten was working in nuclear energy policy for the White House. Although she did find the work intellectually stimulating, she knew it wasn’t her passion. One day, while searching through The New York Times ads, she saw a listing for a small specialty food store for sale, called the Barefoot Contessa. She made an offer and spent the next 18 years turning it into a very successful business.

When the time came for another change, Garten sold the store and started writing The Barefoot Contessa Cookbook, which made her a bestselling author at age 51. More book deals and a successful Food Network show followed!

There’s no doubt about it—changing careers can be a scary prospect. But as these famous career changes prove, with great risk often comes great reward. With a career change action plan and some good old-fashioned grit and determination, you can be well on your way to your next career adventure!

Whether you’re looking to start over in your early career, change careers at midlife, or find a new career at 50 and beyond, FlexJobs has you covered. With remote and flexible jobs in more than 50 career categories, your new career may be just around the corner. Not a member yet? Learn how FlexJobs can help you at every stage of your career.

Learn How FlexJobs Can Help Me Change Careers >>>